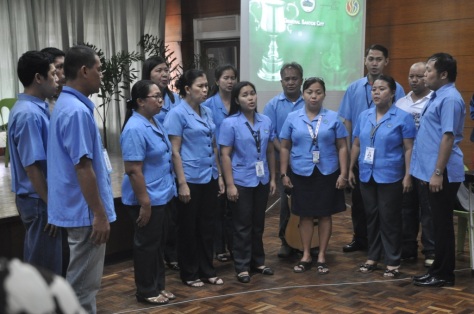 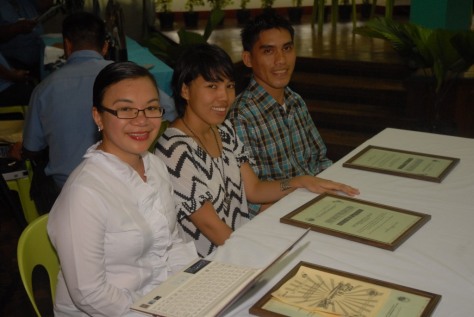 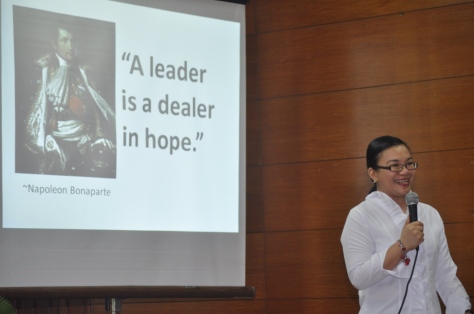 It was a tough challenge for us to determine this year’s winner. The stringent criteria guided us in rating the qualifications and accomplishments of the nominees. A series of interviews and deliberations were also conducted after the finalists were determined.

Out of the 25 Nominees from the different categories, five were chosen as this year’s winners.  Presentation of finalists and announcement of  winners were facilitated by Ms. Brianne S. Arreglado (Awardee, GSCYAA 2008), Mr. Michael Carbon (Awardee, GSCYAA 2009) and Mr. Allan S. Remedios (Awardee, GSCYAA 2000). Conferment of trophies and cash prizes was handled by Mayor Darlene Antonino-Custodio and SK Federation President Mac Alejandre M. Tablazon.

And the winners are… 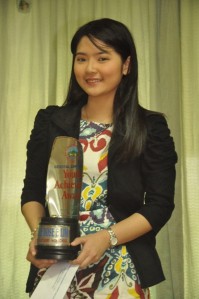 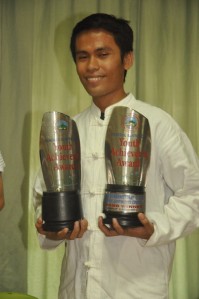 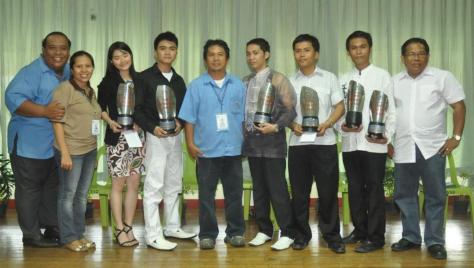 3 thoughts on “And the winners are…”