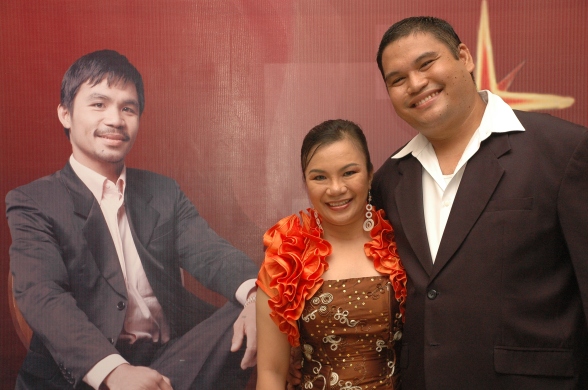 Ms. Lee Ann Omega, Mr. Bren Evangelio and Mr. Paulo Sunglao are busy preparing the details. This year’s theme is Graeco-Roman, Blue and Gold Birthday Bash. I am excited because I will be hosting the event with Bayani Agbayani.

Be sure to check back, dear readers, for photos and details of the celebration. For now, let me share with you some images taken during Pacman’s 30th and 31st Birthday.

I was the host in 2008 but was “shy” to ask for a photo opportunity with him. My Piao made sure that I had this one with Pacman on tarpaulin.

With then President Gloria Macapagal-Arroyo and Boxing Promoter Bob Arum

Backstage with Arnel Pineda, one of Pacman's guest performers in 2008 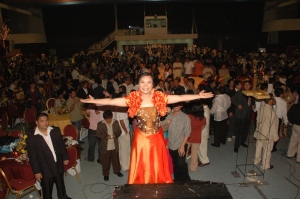 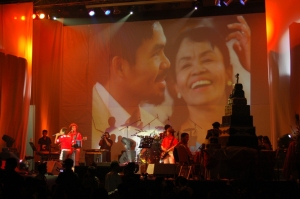 The champion boxer is a singer!

I did not pass the opportunity to pose with the world-famous boxer on his 31st Birthday.

Thank you, Mosler Paul Lapore, for the photos.

I am grateful that you have properly kept these treasures!

Happy clicking on the 17th!