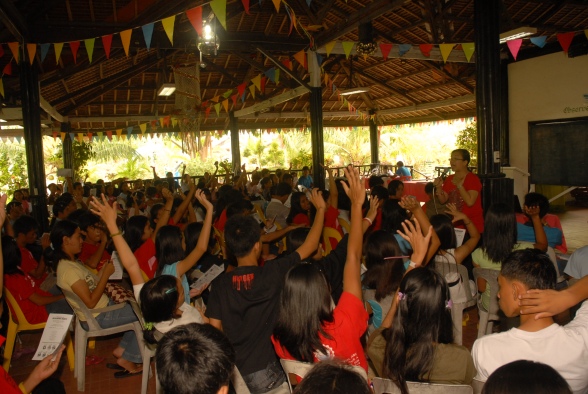 This post is in celebration of my 10th year of training the student leaders of the different public and private high schools of General Santos City. I consider it a privilege to partner with the City Mayor’s Office through the Project SHEEP Education in bringing the annual Leadership Training for Secondary Student Government Officers.

Leaders of the Emerging Generation

It was in 2001 when I first spoke to a throng of young SSG leaders who squeezed into a makeshift training center  of a commercial beach.  Despite the humidity and a host of other distractions, I enjoyed my time with the emerging leaders. I did not allow the heat to stop me from rousing their  passion and stirring their commitment to growth. I was so fired up! 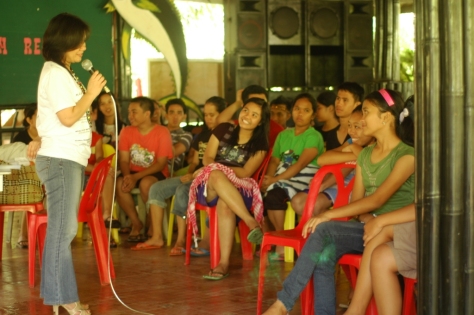 Little did I know that God will make a way for me to be a consistent partner of the city’s annual training.  Each year, the experience is different. The dynamics of the batch composition vary from year to year. I will never forget that time when we spent a night laughing extremely loud when we discovered the humorous talent of a student  from General Santos City High School. We fondly called her Inday Kengkay. She eventually rose to fame and became known to everyone – Melissa “Melai” Canteveros!  Years prior to her Pinoy Big Brother break,  she already had a way of catching the public’s attention. Even then, she already manifested her influence.

The group dynamics change every year but there are certain leadership principles that I constantly emphasize to the young breed of influencers. I echo the words of John Maxwell and tell them that leadership is about influence, not position. As I teach, I also learn. 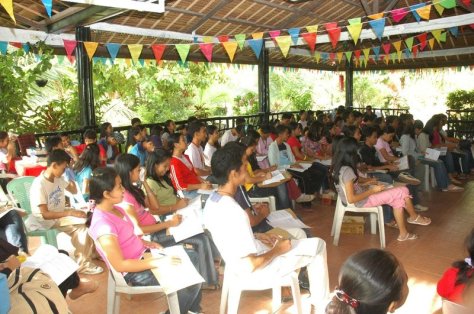 The Price Tag of Leadership: Self-Discipline

This year, I shared the key principles based on the 7 Habits of Highly Effective Teens. My goal was to facilitate a paradigm shift among the teens who gathered at the  Water Gran Resort, Bawing, General Santos City. I challenged the students to be proactive, to begin with the end in mind, to put things first, to think win-win, to seek first to understand then to be understood, to synergize and to sharpen the saw.

With the very active and supportive SSG Advisers

I am grateful that the City Councilor Margareth Rose N. Santos, Chairman of Committee on Education,  has continued the legacy of  Hon. Lourdes Casabuena who started the program in 2001. The unwavering support of the Division Office of the Department of Education, through Ma’am Letecia Cabang, Ma’am  Domingo and Ma’am Tobis, is so inspiring.

With Ma'am Tobis of DepEd

I am taking it upon myself to continue growing so that I will remain relevant in the 21st Century and continue to influence the youth. God willing, I will continue to training the youth even 3o years from now.

9 thoughts on “A Decade of Training Student Leaders”